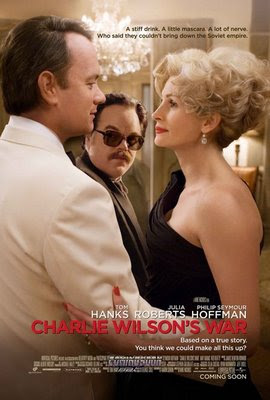 CBCNEWS.CA reports that Arthur Kent, the Canadian journalist called the Scud Stud for his coolness under fire during the 1991 Gulf War, has sued the makers of the feature film Charlie Wilson's War.

Kent claims his intellectual property rights have been violated because footage used in the 2007 film about covert U.S. dealings in Afghanistan was drawn without his consent from his 1986 reporting on the war-torn country.

The story has been picked up internationally, including this piece on FOXNEWS.COM.
By SUE FRAUSE at April 25, 2008

Email ThisBlogThis!Share to TwitterShare to FacebookShare to Pinterest
Labels: Entertainment