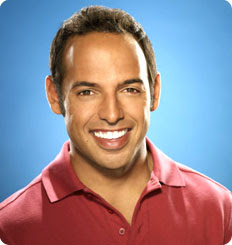 If you like to laugh, head for Regina. What, you don't think Regina is funny? Well, from October 1-5, the Canadian Comedy Awards and Festival will be rockin' this Saskatchewan city.

Jeremy Hotz has appeared on The Late Show with David Letterman, the Tonight Show with Jay Leno and appeared in numerous motion pictures. Shaun Majumder is part of the This Hour Has 22 Minutes team, and had a recurring role in the hit TV show 24.

Here are some of the highlights of the festival:

More than 100 comedians have been nominated for awards. The Beavers, as they are known, have been honored in 20 different categories, including the fan-voted Comedy Person of the Year.

And what a nice break from politics, eh?

Pictured above Shaun Majumder
By SUE FRAUSE at September 27, 2008