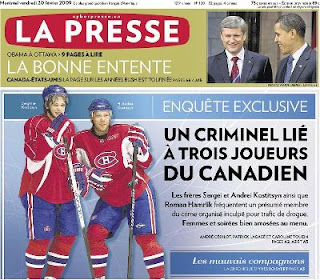 Earlier this year, the Seattle Post Intelligencer ceased its print publication. It still has an online presence (I write a blog about Whidbey Island), but Seattle's oldest newspaper is no longer delivered every morning.

Now word comes that La Presse, the largest French language newspaper in North America, may be a thing of the past. So says the Associated Press: Canada newspaper threatens to cease publication.
By SUE FRAUSE at September 04, 2009