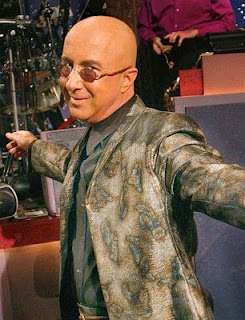 It was a timely feature on CBS Sunday Morning segment recently. David Letterman had just released the bombshell that he'd had sex with a staffer and his name and face are plastered all over the news.

But the segment that CBS Sunday Morning aired on Oct. 4, 2009 was taped before the big reveal. It's an insightful, fun piece about Paul Shaffer, who has been Letterman's band leader, good friend and show glue. Here's what Wikipedia has to say about the Canadian talent:

Paul Shaffer was raised in Fort William, Ontario, Canada (now known as Thunder Bay). As a child he had lessons on the piano, and moved on to playing the organ by his teenage years, in a band with his schoolmates. Educated in the University of Toronto, he began playing with jazz guitarist Michael Muñoz, performing in bands around the bars there, where he found an interest in musicals, and completed his studies, with a B.A. degree in Sociology in 1971.