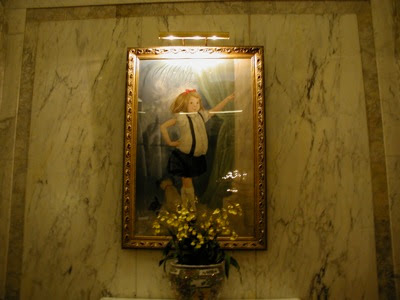 I was pretty jazzed when Comcast enhanced its programming to more than 100 HD Channels.

Best of all, CBC is in the mix at last.

Now, instead of going to channel 27, I zoom up to channel 619, and the timing couldn't be better.

Last night, I watched Eloise at Christmastime, all about that irascible Eloise of The Plaza in New York City.

Although I found it odd that it wasn't included in the CBC Holiday Programming calendar.

Eloise at The Plaza in New York
Photo by Sue Frause
By SUE FRAUSE at December 07, 2009