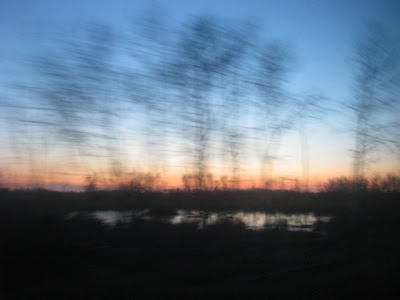 Although lots of folks are talking about global warming, the big buzz in Alberta has been how cold it was in Edmonton on Sunday, Dec. 13, 2009.

According to the Edmonton Journal, the city broke its previous cold record by 10 degrees with a LOW temperature of -46.1 C (-50.98 F). That made it the coldest place in North America.

And if you're wondering what the chances are for a white Christmas in Canada, here's a previous post I wrote.

VIA Rail Canada to Edmonton
Photo by Sue Frause
By SUE FRAUSE at December 14, 2009