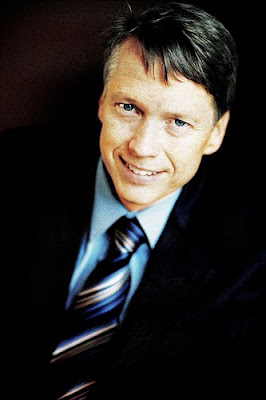 I just tweeted: Reading the Sunday New York Times in New York on a Sunday is a good thing.

Yes, I'm in New York City, wrapping up a five-night stay. As always, I love being in the Big Apple, although the temperatures felt more like Winnipeg, Manitoba than New York, New York!

Temps dipped down into the low teens the other day, and with the wind chill factor, it was well below zero.

I recall being warmer sleeping in Quebec's Ice Hotel.

But back to The New York Times. I was about to pass up the SportsSunday section, but with the Winter Olympics coming, I have much more of an interest these days.

And there on the front page was a feature story about the former mayor of Vancouver, Sam Sullivan:

So what will Sullivan's role be in the Vancouver 2010 Olympic Games?

According to the article, "His legacy remains intertwined with Vancouver's Olympics legacy, even if his role is that of spectator (Sullivan will participate in the torch relay)."
By SUE FRAUSE at January 31, 2010

how to ollie said...