Washington state has year 'round Olympics 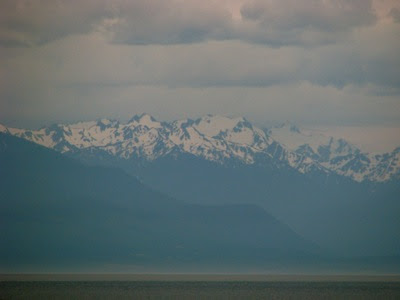 It's understandable that VANOC has a responsibility to protect the Olympic brand, but I thought it was a bit silly when they went after little Olympic Pizza a while back.

One thing they won't be able to touch are Washington state's Olympic Mountains -- more commonly referred to as simply the Olympics.

They've been around a long time and aren't going anywhere, anytime soon. Only problem is, the popular Hurricane Ridge Road is closed due to a large slide.

The Olympics from The Oswego Hotel in Victoria
Photo by Sue Frause
By SUE FRAUSE at January 26, 2010