Vancouverites can now take a morning train to Seattle with twice-daily, round-trip service 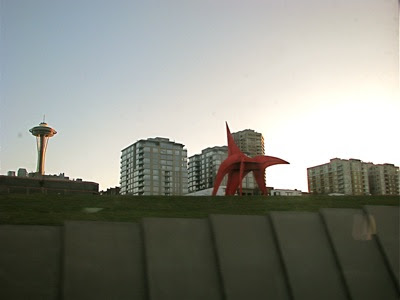 For Vancouverites not swept away with the soon to explode Olympics fever, it may be a fun time to head south.

And now with twice-daily round-trip service between Vancouver-Seattle, you'll arrive at a decent hour instead of late at night. That's if you don't mind catching the 6:40 AM southbound train. The good thing is, you should arrive around 11 AM. The second train leaves Vancouver at 7:45 PM.

Amtrak makes stops along the way in Bellingham, Mt. Vernon, Everett and Edmonds and it's a super scenic ride. Try to snag a seat on the water side and consider spending a bit more ($13 one-way) to go Business Class. It's quieter, you'll receive a discount card for food/beverages but be allowed to board and de-train first.

Keep in mind there are going to be a glut of travelers in February, with the Winter Olympics running from Feb. 12-28, 2010. I just booked a one-way ticket from Seattle to Vancouver during the Winter Games, and it was $51.30. That's because Amtrak handles seat inventory like the airlines do: when seat sales increase, the fares are bumped to the next level.

In other words, purchase early.

Also, security is going to be much tighter this month, as I reported in my Seattle Travel Examiner site: Amtrak steps up security to Vancouver during the 2010 Winter Olympics.

Don't forget to bring your passport.