Quickie With Montreal: Cheat on your city! 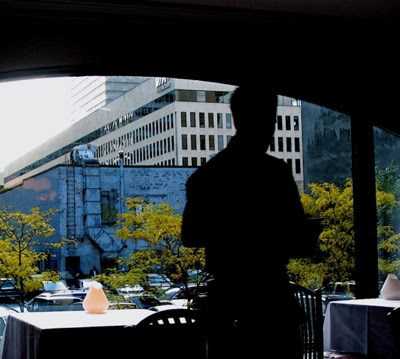 Tourism Toronto and Tourisme Montréal have paired up and are doin' a little cheatin' on each other. Here's the deal.

According to a recent survey, Torontonians love to cheat on their city a la Monreala. A whopping 85% have had an affair in La Belle Provence at least once, and nearly half of those who have cheated don't always fess up to their friends.

So now the two cities want everybody to know that it's really OK to cheat. And even better, they're encouraging quickies with each other's city all summer long.

So what about Montrealers? Mais oui! They are even less likely to admit their indiscretions, with more than half (675) admitting they only tell their friends about their indiscretions sometimes. Yet 76% of respondents have traveled to Toronto at least once before.

Now through June 7, Toronto and Montreal are hosting mobile confession booths where residents can profess why they would cheat on their city. The booths are set up in a mock hotel room (complete with bathrobes), and the videos are being uploaded to QuickieWithMontreal.com. Visitors to the site may vote for their favorite confessions.

The winner will receive:

The cuisine and restos of Montreal are memorable
Photo by Sue Frause
By SUE FRAUSE at May 30, 2010