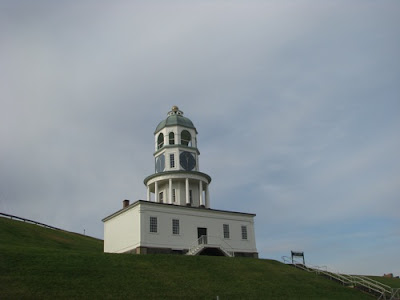 No doubt that Toronto is happy to be bidding adieu to the G20 that put Ontario in the world spotlight this past weekend. Both the price tag and the protests were controversial, to say the least.

Soon, Canada's largest city will be ramping up for Queen Elizabeth's visit next month. Too bad that I'll miss her during my trip to Alberta, but the province isn't on the Royal Tour of Canada, which includes stops in Halifax, Ottawa, Toronto, Waterloo and Winnipeg.

My non-regal tour will take me to Edmonton, Canmore, Banff and Calgary.

Her Majesty the Queen and His Royal Highness the Duke of Edinburgh will be celebrating the 100th anniversary of the Canadian Navy during their three days in Halifax. Their last visit was in 1994.

Their first stop in Halifax will be at Garrison Grounds at the Halifax Citadel. The ceremony includes military honors, performances and Her Majesty's only address to Canadians while in Nova Scotia. The ceremony will be broadcast live on television.