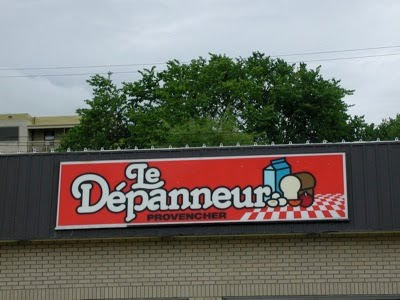 I'd never heard the term depanneur before my first visit to Quebec nearly a decade ago. Called dep for short, it's simply a convenience store that sells cigarettes, beer, wine, lotto tickets and groceries.

According to The Montreal Gazette, the city had 1,127 depanneurs in 2009. That equals approximately one for every 1,500 people.

Jeff Henrich of The Gazette penned a wonderful piece (A day at the dep) about his neighborhood depanneur in Plateau Mont-Royal.

Amiable dispatch and this mail helped me alot in my college assignement. Gratefulness you on your information.

Depanneur began life as an emergency service for the early cars...gradually spreading to emergengies of all kind, such as running out of beers, or cigarettes, or lotto tickets. The necessities of modern life. I paint these landmarks of Quebec life, showing the way they used to look and, in some cases, still do! Just Google depanneur in St. Henri