Coastal naturalists on board BC Ferries this summer 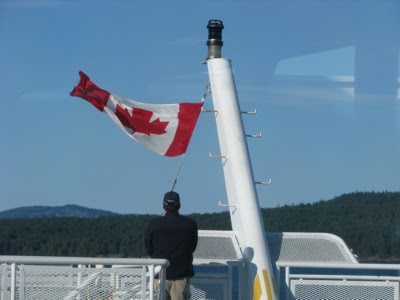 All the more reason to ride the ferries this summer, as the two organizations have teamed up. Nine naturalists will be aboard the ferries that sail between Tsawwassen-Swartz Bay and Horseshoe Bay-Departure Bay. They'll be sharing stories about BC's marine transportation and national park history Fridays through Mondays until Labor Day.

Those early days of the BC Ferries meant there was only one route between Tsawwassen and Swartz Bay; and the Pacific Rim was simply a dream for many Canadians. Today, it's one of Parks Canada's most treasured reserves.

This is the fifth season for the educational programs aboard BC Ferries. Highlights will include stories about wildlife, marine life, geography, culture, history and places to explore such as the Gulf Islands National Park Reserve. The 30-minute presentations are held on the outer decks of the vessels.

As a bonus, passengers who attend the presentations often see wildlife while on the upper deck, including seals, eagles and orca whales.