'Montreal and Fashion: So many years, so much to show' at Place Ville Marie 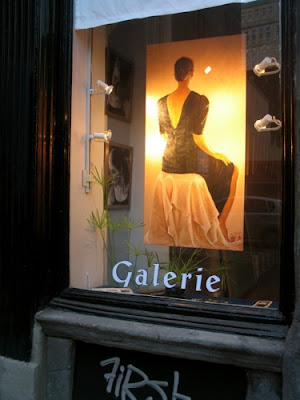 No doubt that Montreal is one of North America's most fashionable cities. Whether it's the toss of the scarf, or a jaunty chapeau, Quebec women and men have a certain sens du style that doesn't prevail in a lot of urban areas.

A new exhibition at Place Ville Marie chronicles the development of the fashion industry in Montreal. Montreal and Fashion: So many years, so much to show is a retrospective of Montreal's fashion scene and its artisans from the 1850s to now.

It salutes not only Montreal's garment manufacturers, retailers and designers, but gives a nod to the educational institutions, models, photographers and others who make up the fashion mix in Quebec's largest city. The exhibition includes vintage collections, photos, videos and artifacts and also explores the major department stores that shaped the face of Sainte-Catherine Street. It pays tribute to such success stories as Browns, Le Chateau, Reitmans, Ogilvy and Dupuis Freres.

Place Ville Marie, designed by Henry M. Cobb and I.M. Pei and opened in 1962, is the ideal setting for the exhibition, with its mix of shoppers and the nearly 10,000 people who work in the complex. The urban mall has more than 80 restaurants and upscale boutiques. Seven sections make up the fashion exhibition:

1850-1950: Weaving the fabric
The Fifties: Montreal fashion takes its first steps
The Sixties: Montreal and the fashion boom
The Seventies: The ready to wear revolution
The Eighties: fashion explodes on the scene
The Nineties: Cracking the whip at the end of the century
2000s: Commitment through fashion / fashion shows on video

Montreal and Fashion: So many years, so much to show runs through Oct. 29, 2010. Admission is free.

A galerie in Vieux Montreal
Photo by Sue Frause
By SUE FRAUSE at July 22, 2010