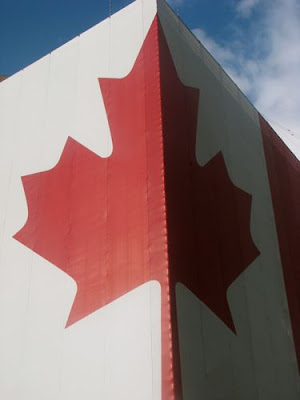 How fitting that the Queen of England is in Canada for Canada Day!

Her Royal Tour of Canada commenced in Halifax, Nova Scotia earlier this week. From there, Her Majesty the Queen and His Royal Highness the Duke of Edinburgh traveled to Ottawa, arriving at the capital city on June 30.

Their day included a tour of the newly-restored Canadian Museum of Nature; unveiling a statue of Canadian jazz legend Oscar Peterson at the National Arts Centre; a planting of a tree at Rideau Hall followed by a garden reception.

Elsewhere, the celebrations will be less royal, but no less hale and hearty. Celebrations will take place from British Columbia to Prince Edward Island. Charlottetown is the Birthplace of Canada, as posted on the city's website:

In September 1864 the Charlottetown Conference brought together 4 colonies, 23 enterprising men for 7 days for 1 meeting in Charlottetown. The question on all of their minds was "shall we unite?" Along with business and politics, the Charlottetown Conference, featured a surprising amount of social activity. Luncheons, dinners, outings and balls created a convivial mood that helped delegates to get to know one another. In Charlottetown, delegates from British North America agreed to join together in federal union. None of the details were yet worked out, but an important breakthrough was made. The spirit of Confederation was born.

The Canadian maple leaf adorns a downtown building in Vancouver during the 2010 Winter Olympics. Photo by Sue Frause.
By SUE FRAUSE at July 01, 2010