Ian Brown journeys across Canada on a summer-long culinary adventure 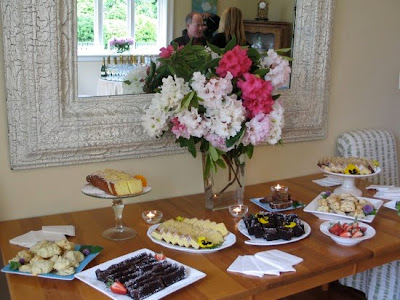 I'm not familiar with Ian Brown, but he's a respected Canadian journalist and author, plus a roving feature reporter for The Globe & Mail -- a newspaper that I devour when I'm north of the 49th Parallel.

His most recent adventure is all about food. His unusual assignment was to drive across Canada, and eat everything he possibly could. Over the course of the summer, he took readers' suggestions of where to dine, and has shared his words and photos on The Globe's Ian Brown Eats Canada and through Facebook, Twitter and Foursquare.

One of his blog posts titled 21 unexpected flavourful delights across our nation was written in response to a reader who inferred that Brown was being a bit too hoity toity in his food exploration. I was going to print out the list, but The Globe and Mail is now charging to do so (OK, you get the first five copies for free). That's as bad as Air Canada charging for those wimpy pillows! So I'll just bookmark the site and refer to it before I head off to Canada.

It was fun that two of Brown's 21 chosen delights were from Victoria Fairholme Manor, a beautiful inn located in the tony neighborhood of Rockland, is a 15-minute walk from Victoria's Inner Harbour. Brown singled out Sylvia Main's sweet homemade breakfast pastries, and deservedly so. OK, I'm a good friend of Sylvia's and edited her cookbook, but the recipes are still terrific!

Brown also liked another one of my food stops when visiting Victoria: Red Fish, Blue Fish. I included it in my round-up of Favorite Fish 'N Chip Spots in BC.

Just some of the breakfast offerings at Fairholme Manor
Photo by Sue Frause
By SUE FRAUSE at August 30, 2010