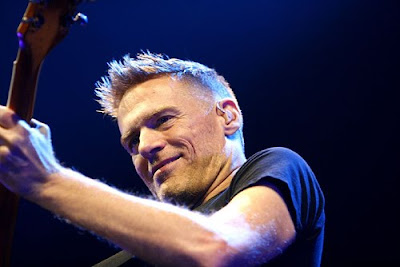 Who knew that the PNE (Pacific Northwest Exhibition) was turning 100 this year? To celebrate the 17-day fair, they are holding a parade on Friday, August 20, the night before the fair opens.

The one-time only event will travel along Beach Avenue in English Bay, starting in Stanley Park and ending up at Sunset Beach. With giant balloons, ala the Macy's Thanksgiving Parade, more than 2,000 performers will pay tribute to the Fair's ten decades of history. It begins at 7 PM.

Tickets to the opening concert are $30/$40 and include gate admission to the Fair at the PNE. Tickets are available online at Ticketmaster Canada.

Pictured above: Bryan Adams
By SUE FRAUSE at August 20, 2010