Is Tom Cruise from Canada? A Canadian I met in Italy thought so! 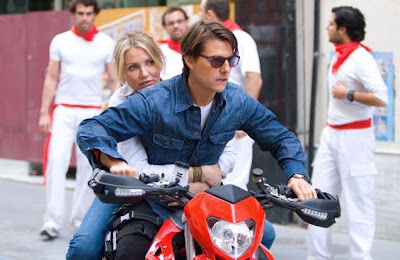 While traveling in Italy for a couple of weeks, I met up with a Canadian from Ontario (now living in California) who tried to convince me that Tom Cruise was from Canada.

I pretty much know my high-profile Canadians, and I'd never heard that one. Well, Google to the rescue, and according to Wikipedia, Thomas Cruise Mapother IV was born in Syracuse, NY on July 3, 1962. But there is a Canadian connection:

"The Mapother family then moved to the suburb of Beacon Hill, in Ottawa, Ontario, so Cruise's father could take a position as a defence consultant with the Canadian Armed Forces. There, Cruise completed grade six at Henry Munro Middle School, part of the Carleton Board of Education, where he was active in athletics, playing floor hockey almost every night, showing himself to be a ruthless player, and eventually chipping his front tooth. In the game British bulldogs, he then lost his newly capped tooth and hurt his knee. Henry Munro was also where Cruise became involved in drama, under the tutelage of George Steinburg.The first play he participated in was called IT, in which Cruise won the co-lead with Michael de Waal, one playing "Evil", the other playing "Good." The play met much acclaim, and toured with five other classmates to various schools around the Ottawa area, even being filmed at the local Ottawa TV station."

For more on Tom Cruise, the sort-of-Canadian, see his official website.

Tom Cruise and Cameron Diaz in Knight and Day
By SUE FRAUSE at September 30, 2010

I should have known you would post that... Is Art Deco next :)