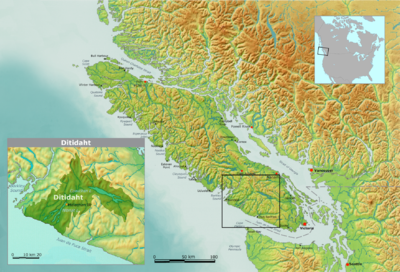 The victim of a deadly shooting by a police officer in Seattle was a Dididhat First Nation member. It is located northwest of Victoria on Vancouver Island and is part of the Nuu-chah-nulth-aht.

John T. Williams, 50, was shot and killed by a Seattle police officer on August 30, 2010 in downtown Seattle. Understandably, Wiliams' family and fellow Dididhat band members are shocked and saddened by the killing.

South of the 49th Parallel, Native Americans are also questioning the fatal shooting, as reported in The Seattle Times.
By SUE FRAUSE at September 04, 2010