Canada bumps US to become #1 country brand in the world 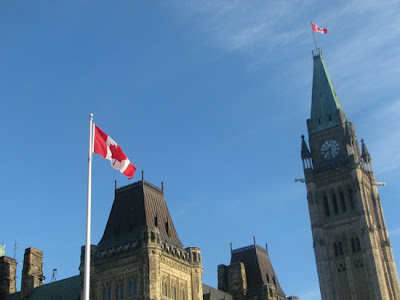 I'm sure my country isn't happy that our neighbor to the north, O Canada, has pushed the US out of the top spot as the "most respected country brand in the world." But no surprise, with the big boost of the 2010 Winter Games, Canada was able to reach out and touch the world with its tourism brand.

The ranking is from the 2010 Country Brand Index by FutureBrand, a New York based global brand consultancy.

Six years ago, the Canada Tourism Commission (CTC) launched a new tourism brand, Canada. Keep exploring. In turn, the country jumped from 12th place in 2006 up to second place in 2008 and 2009. And this year, it pushed the USA aside, taking the crown.

The CTC and its partners seized the once in a generation opportunity of hosting a Winter Games; it was the ultimate time to showcase Canada's tourism brand around the globe. Video shot from coast to coast was delivered to broadcasters representing all the countries where the CTC markets.

According to the CTC, the number of trips booked to Canada has increased over 2009 as a "result of the awareness created of Canada as a top-ranked travel destination." The CTC's Olympic strategy, which continues through the end of 2012, was funded by a $26 million federal investment.

Michele McKenzie, president and CEO of the Canada Tourism Commission, will be at the awards ceremony on Nov. 11, 2010 during the 31st annual World Travel Market in London, England. It's one of the world's largest travel, trade and media showcases.

The world is slowly,very slowly starting to understand Canada's tourism potential. I remember meeting a couple from Manchester U.K. back in 1987 while in France. We became casual friends and I invited them to Vancouver. We kept in touch by mail over the next two years where again I would invite them to visit. We met up again in France afte that two years and once again invited them. This is when they decided to break it to me that they would likely never visit since "Alan and I really don't like to rough it." OMG. I remember smiling and saying "you think I live in a cabin by a lake with a red canoe going by." I sent them a photo book on Vancouver. They came the next year during summer and loved it. Were surprised that Canada could be like this. I did meet a dutchman once also in France when learning I was from Canada wanted to show me what a nice mens store was like,since in his mind I must use trading posts. Ha. A lot has changed since then.