RIP Leslie Nielsen: My brief encounter with the actor in Vancouver 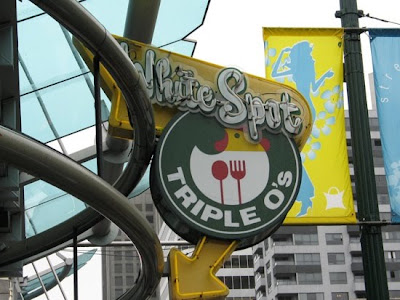 Fellow Canadians, family, friends and fans of actor Leslie Nielsen are sharing fond memories of the beloved actor. Canada.com reports that Nielsen died on Nov. 28, 2010 in a Florida hospital due to complications from pneumonia. He was 84.

The Huffington Post has an article about a Chilean newspaper devoting its entire front page to the actor.

I knew that Nielsen was a Canadian, but didn't realize that he was born in Regina, Saskatchewan (Feb. 11, 1926). Here's more about the actor from Wikipedia:

"Nielsen spent several years living in Fort Norman, Northwest Territories when his father was stationed there with the Royal Canadian Mounted Police. Following his graduation from Victoria Composite High School in Edmonton, at the age of seventeen, Nielsen enlisted in the Royal Canadian Air Force and was trained as an aerial gunner during the latter part of World War II (but was too young to be fully trained and sent overseas). He briefly worked as a disc jockey at a radio station in Calgary, Alberta, before enrolling at the Lorne Greene Academy of Radio Arts in Toronto."

Nielsen moved to New York City after receiving a scholarship to The Neighborhood Playhouse. His body of work is impressive.

I had a (very) brief encounter with Leslie Nielsen in Vancouver several years ago; the city is one of my prime spots for running into celebrities. My list includes James Van Deer Beek and Tom Arnold at The Sutton Place Hotel; Corbin Bernsen at an Asian resto on the South Granville Rise; actor Martin Short in the elevator at The Fairmont Hotel Vancouver; and a memorable elevator ride with the stunningly gorgeous Halle Berry at the Metropolitan Hotel Vancouver. She was in the city filming Catwoman; and yes, she was carrying her cat, named Play-Doh.

But back to Leslie Nielsen. One of my favorite hamburger spots in BC is White Spot; I love that Triple-O Sauce! While in line at one of the downtown locations just off Robson, I stood behind an elderly, not-so-tall, grey-haired gentleman. I noticed he was hearing aids and, surprisingly, make-up. That's when I realized it was Leslie Nielsen. I didn't say anything as he took his order to go. Later that day, I found out he was filming a made for TV movie in Vancouver, including locales in Stanley Park.

When I picked up my order from the cashier, the young guy asked me, "Who was that guy? He looks so familiar."

I told him it was actor Leslie Nielsen of Airplane! fame.

A White Spot sign in Vancouver
Photo by Sue Frause

Your post is the first I heard of Leslie Nielsen's death. Sad. He was a very funny man.
White Spot! Off topic, but did you know that it has only been ( I'm guessing ) the last 20 or so years that they started calling their in house mayo Triple O sauce. Before that the term triple O was what the server would write on an order to mean triple order of sauce...meaning ketchup,mustard and the mayo. Made for a very messy burger.

Yeah, one of the good guys, and always proud of his Canadian roots. I didn't know that about the Triple O Sauce! Messy, indeed. Definitely need to have one the next time I'm in Vancouver (or aboard BC Ferries). Thanks for the info!