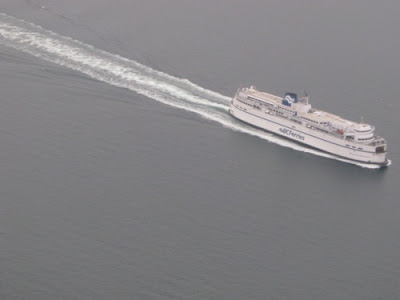 BC Ferries Vacations is featuring two Victoria Getaway Packages now through the holidays:

The Fairmont Empress Hotel Package
One night accommodation
Round-trip BC Ferries travel for two adults and one vehicle
Price: Starting at $112 CAD per person, based on double occupancy.

Stroll through the Festival of Trees at The Fairmont Empress, with its collection of more than 50 decorated trees, on display through Jan. 4, 2010. The hotel also features afternoon tea; Christmas Day dinner with live entertainment and carolers; and New Year’s Eve celebrations.

Inn at Laurel Point Package
One night accommodation
Round-trip BC Ferries travel for two adults and one vehicle
Price: Starting at $109 per person, based on double occupancy

The 2nd Annual Gingerbread Showcase is on display at the Inn at Laurel Point through Jan. 2, 2011. Victoria area chefs have created gingerbread masterpieces; the public is invited to vote for their favorite by making a donation to Habitat for Humanity. On Christmas Day, the hotel’s Aura restaurant features a mid-day brunch.

For those sailing east to the mainland, BC Ferries Vacations is offering a Vancouver package:

Vancouver Getaway Package
One or two nights accommodation at Coast Plaza Hotel & Suites
Round-trip ferry travel for two adults and one vehicle
Admission for two to the Vancouver Christmas Market
Price: One-night package starts from $99 per person, two-night package from $139 per person (based on double occupancy). Valid through Dec. 24, 2010.

The Coast Plaza Hotel & Suites is located within walking distance of Stanley Park in Vancouver's West End, close to shopping and restaurants.

In other BC Ferries news, it's offering 30% off CoastSaver fares from December 29 through January 5 on major routes. And during the holidays, there will be 130 extra sailings between the Lower Mainland and Vancouver Island to meet the holiday season traffic demand.

BC Ferries from aboard Harbour Air, en route from Vancouver to Victoria
Photo by Sue Frause
By SUE FRAUSE at December 08, 2010

hi!This was a really marvelous subject!
I come from milan, I was luck to come cross your subject in baidu
Also I obtain a lot in your topic really thank your very much i will come again