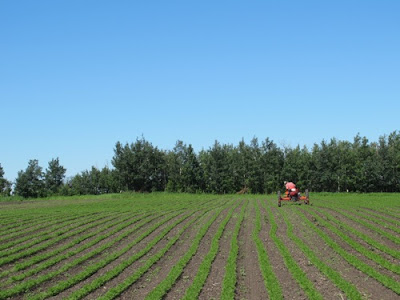 Leave it to our neighbors to the north to try and get healthy as a country. And heading up the challenge is the CBC. Here's how they explain it on their website:

"Live Right Now is a national initiative designed to inspire Canadians to join together and change the health of this country. The idea is built around the small steps everyone can take in their life to improve their health."

The national campaign ties in with this recent CBC News Poll: Canadians not as healthy as they think.

There's even a BC community that's going on a diet. The people of Taylor are featured in their very own CBC-TV series, Village on a Diet. They're hoping to lose one ton in 10 weeks. Tune in and watch them try to achieve their personal and community goals. An encore presentation of the series that made its debut this week will be presented on Thursday, Jan. 6 at 8 PM.

So where is Taylor, BC? I'd never heard of it, but it's located in northeastern British Columbia, in the Peace River Valley. Known as the Industrial Capital of the North, it's on Mile 36 of the Alaska Highway. Originally called Taylor Flats, today it's the District of Taylor, "where peace and prosperity meet." And hopefully, the pounds disappear!