Dine Out Vancouver 2011: More than 200 restaurants on board 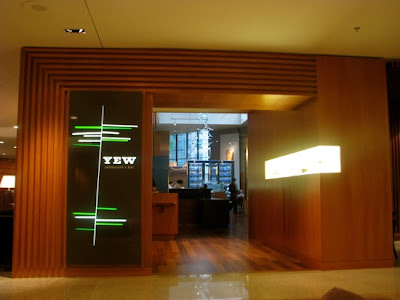 It's been a few years since I experienced Dine Out Vancouver, which made its debut in 2003, but I'm heading up next week for a sneak preview of some of the 215 participating restaurants.

Dine Out Vancouver 2011, Jan. 24-Feb. 6, is all about food. In addition to the prix fixe menus, there are other foodie events and hotel deals. The annual dining festival celebrates the local cuisine and wine of the province, and is become a popular event for diners.

Participating restaurants across Metro Vancouver offer three-course, prix fixe menus at $18, $28 and $38. Many of the menus are accompanied by suggested British Columbia VQA wine pairings, available at an additional cost. Alcohol, taxes and gratuity are not included.

Now in its ninth year, Dine Out Vancouver 2011 has grown from 57 restaurants in 2003 to the largest dining event of its kind in Canada. Along with the 215 restaurants, there are 33 hotels; three cooking schools (Dirty Apron Cooking School, Pacific Institute of Culinary Arts, and Quince); one catering company (Culinary Capers); as well as the Arts Club Theatre Company, the PuSh International Performing Arts Festival, Vancouver Aquarium, Swallow Tail Tours and Kronenbourg 1664.

Although two weeks away, reservations are now being taken. Book early, as top restaurants, events and hotels will sell out. Click on the Dine Out Vancouver 2011 link above for details.

For more information and a slideshow of some of the participating restaurants, see my Seattle Travel Examiner post on Examiner.com.