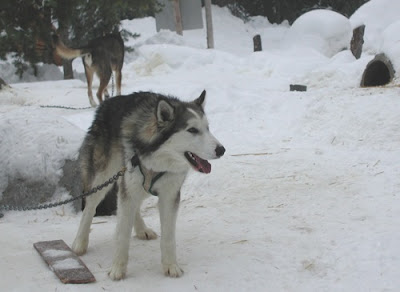 With Vancouver, Richmond and Whistler celebrating the first anniversary of the 2010 Winter Olympics, the horrible news that 100 sled dogs were murdered in Whistler has undoubtedly put a cloud over the BC ski resort. Here's the latest from CBC News:

British Columbia SPCA officers headed to Whistler Monday to investigate claims that 100 healthy sled dogs owned by a tourism operator were slaughtered. The allegations are contained in a filing to WorkSafeBC, the provincial workers' compensation board.

Click on to read the rest of the article.

The company in question is Outdoor Adventures at Whistler, which on its website claims it is "the largest dog sledding company in North America." Although I've gone dog sledding in both Quebec and Montana, I've never been in BC. I did go on one of Outdoor Adventures' sleigh rides a few winters ago, which included a fondue dinner at The Chalet at The Fairmont Chateau Whistler.

Whistler Blackcomb has responded to the news with these two postings on its Facebook page:

The tragic deaths of the dogs is heartbreaking news, and according to Pique newsmagazine, a "black eye" on Whistler. Other Canadian dog sled operators are also shocked and saddened, as reported in the Vancouver Sun.

Sled dogs in Montana
Photo by Sue Frause
By SUE FRAUSE at February 01, 2011

It is such a strange and if proved to be accurate, tragic story. It just doesn't make sense. Usually people working with dogs so closely bond with them on some level. You would of thought one of the employess would of raised concern. 100 dogs is a lot. Questions of how did they dispose of them comes up as well. If guilty I'm sure they will be punished.