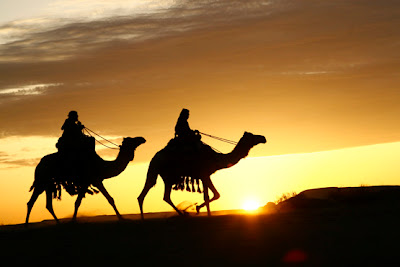 I recall when Seattle's Pacific Science got its first IMAX Theater. It was a really big deal, and I still love watching movies in this larger than life format.

Last week, while attending the launch of Victoria's Dine Around, Stay in Town, I took in the the film Arabia at the National Geographic IMAX Theatre at the Royal BC Museum. What a wonderful movie about this part of the world. Released in 2011 by MacGillvray Freeman Films (they also produced Everest and Mystery of the Nile plus others), here's a short synopsis:

"Travel to the exotic and fascinating land of Arabia. Explore the ancient tombs of a lost city; dive through the reefs of the Red Sea; and experience the Hajj - the largest gathering of people on Earth. Discover an extraordinary culture and experience modern day Arabia in the midst of monumental change."

After seeing the film, I recalled the Canadian connection. The IMAX system had its roots in Montreal's EXPO '67, where multi-screen films were "the hit of the fair." Shortly after that, a group of Canadian filmmakers and entrepreneurs decided to design a new system using a single, powerful project (as opposed to the multiple projectors used at that time).

Here's a timeline of IMAX:

Today, there are IMAX Theatres, IMAX Domes and IMAX 3D Theatres in 48 countries around the world.

The 2011 film Arabia is currently playing at the Royal BC Museum's National Geographic IMAX Theatre in Victoria..
By SUE FRAUSE at February 22, 2011