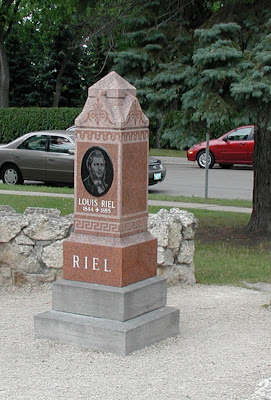 Our friends north of the 49th Parallel aren't celebrating Presidents Day today. But the third Monday in February is a holiday for many Canadians.

Elsewhere in Canada, Louis Riel Day went into effect in 2008 in Manitoba. It honors Louis Riel, the Metis leader who is considered to be the Father of Manitoba.

And not wanting to be left out, the province of Prince Edward Island has been celebrating Islander Day since 2009.

Nice site, nice and easy on the eyes and great content too.

great blog!!I will definitelly get back here!