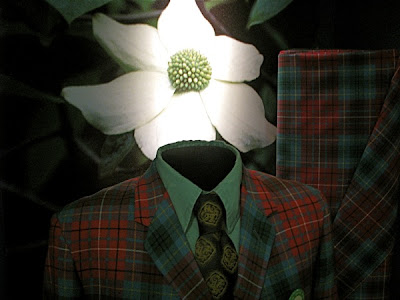 Being a citizen and resident of US, I know our states have their own official flags, mottos, birds, flowers and sometimes even songs. But when it was announced earlier this month that Canada now has an official tartan, I knew they were in a league of their own.

James Moore, Minister of Canadian Heritage and Official Languages, said in a press release that "the Maple Leaf Tartan has been worn proudly and enjoyed by Canadians for decades." He added that Canada's national symbols express the country's identity and define its history. "The Maple Leaf Tartan represents the contributions that the more than four million Canadians of Scottish heritage continue to make to our country," added Minister Moore.

The Maple Leaf Tartan was created in 1964 by David Weiser in anticipation of the 100th anniversary of the Confederation in 1967. The Second Battalion of the Royal Canadian Regiment Pipes and Drum has adopted theartan and the National Defence Headquarters has approved it for issue to Canadian Forces pipers and drummers who have no specific regimental affiliation. The tartan was also featured in costumes worn during the closing ceremonies of the 2010 Winter Olympics in Vancouver.

Canada has declared that April 6 will formally be recognized as Tartan Day. On April 6, 2011, Canadians across the country can celebrate this day with its newest official symbol. As an official symbol, the Maple Leaf Tartan joins Canada's most significant emblems, such as the Coat of Arms and the National Flag of Canada.

In addition to the national tartan, all of Canada's provinces and territories, except for Nunavut, have regional tartans.

The tartan jacket pictured above is from the Royal BC Museum's collection and was once worn by BC Liquor Control Board employees. It's made from the official tartan of British Columbia. Photo by Sue Frause.
By SUE FRAUSE at March 13, 2011