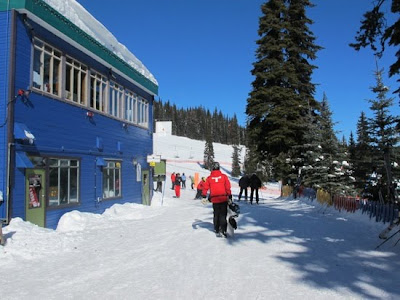 Three-person teams represented five areas in the division: Greater Vancouver zone, Big White, Sun Peaks, Silver Star and host Phoenix Mountain. Each team competed in three events: a first-aid scenario where the patient impaled himself on a broken ski pole that passed through his abdomen at an angle and exited out his back; a toboggan evacuation where the patrollers at both front and rear were required to switch positions midpoint during the run; an assessment of the patient triage skills of each of the three team members.

The Silver Star Mountain Resort Ski Patrol will represent the division at the national competition later this year in Winnipeg.