Vancouver turns 125: What are your favorite 'Places that Matter'? 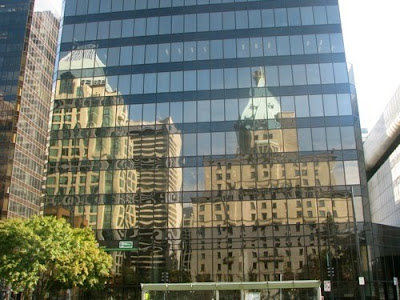 To celebrate Vancouver’s 125th Anniversary this year, the Vancouver Heritage Foundation is asking Vancouverites to nominate 125 sites that commemorate the people, places and events that helped shape the city.

The sites will be selected through a combination of nominations and a public vote. Nominations can be made online until March 15; after that, the public may vote for the sites through April 6, 2011. During the summer, the text will be written for the 125 plaques, which will be manufactured and installed in the fall. There will also be a website that will identify the location and text of each plaque.

Although I can't vote, The Fairmont Hotel Vancouver is a place that matters to me. I've often called it my living room, as it's where I head to first when I visit the city.

The Fairmont Hotel Vancouver reflected in glass
Photo by Sue Frause
By SUE FRAUSE at March 08, 2011