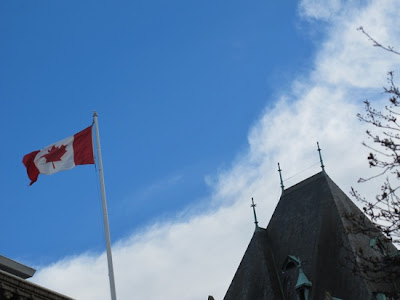 Elections Canada, an independent body set up by Parliament, has announced that preliminary election results will be available at www.elections.ca beginning at 10 PM (EDT) on Monday, May 2. Unofficial voter turnout results will be displayed in real time throughout the night.

Across Canada, as soon as a poll closes, a deputy returning officer counts the votes and transmits results to the returning officer for that electoral district. They are immediately relayed electronically to Elections Canada in Ottawa.

Preliminary results will be posted on the Elections Canada Web site when the last polls close, and sent electronically to the Media Consortium for news outlet distribution. On Election Day, there is a ban on disseminating election results until the last pools close in all electoral districts:

Voter turnout in Canada has been declining over the years. On Oct. 14, 2008 13,929,093 electors cast ballots, for a turnout of 58.8%. Decision Canada: Live from the trail is a blog on canada.com (Postmedia Network Inc., Canada's largest publisher by circulation of paid English-language daily newspapers).


Canadian flag in Victoria, BC
Photo by Sue Frause
By SUE FRAUSE at May 01, 2011

I'm off to vote! It's going to be interesting, not just the results but the voter turnout. It appears there is a lot of interest in election especially by the younger voters ( yeah there's hope ) but we shall see! Oh and congrats on the U.S. for getting their man! Canadians on with you on this one.