Show your love of Vancouver with a VANLOVER poster 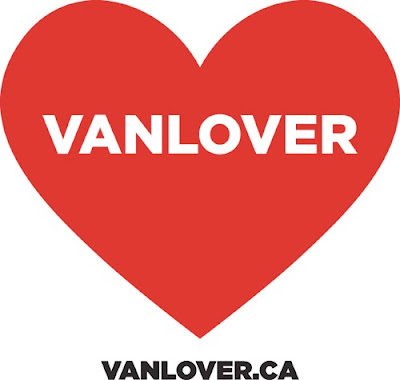 The Downtown Vancouver Business Improvement Associate (DVBIA) has launched its VANLOVER campaign to encourage Lower Mainland residents to visit, shop, dine and sightsee in downtown Vancouver. The campaign is a response to downtown Vancouver businesses that were impacted by the criminal activities following the Stanley Cup game on June 15, 2011.

Citizens are being asked to "show their love" for downtown Vancouver by displaying a VANLOVER poster and sharing photos and messages about their downtown experience online. If you're on Twitter, use the hashtag #vanlover or go to the DVBIA Facebook page. The campaign kicked off Saturday with a full-page ad in the Vancouver Sun.

The DVBIA was overwhelmed with the outpouring of support from Vancouverties during the two days following the Vancouver riots. The downtown is now clean, safe and open for business due to the diligence of businesses, the City of Vancouver, police, firefighters, paramedics and hundreds of citizen volunteers. According to the DVBIA, the next step is to encourage people to support their downtown community by shopping, dining, taking in a show or visiting the many landmarks and destinations. The flyer pictured above may be downloaded here:

VANLOVER T-shirts are on sale at Cherry Bomb, 841 Granville Street.