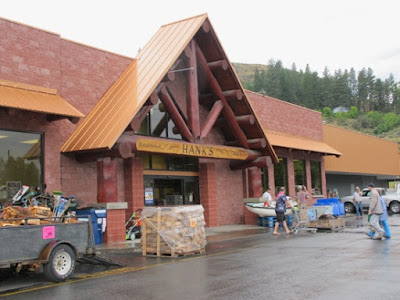 While spending a few days in Washington state's Methow Valley, my friend Sandy and I stopped by Hank's Harvest Foods in Twisp. Simply known as Hank's, it's been a popular family-run store in the valley since 1975. They also have a gas station and mini-mart next door, but you'll find all your grocery needs in this full-service store. 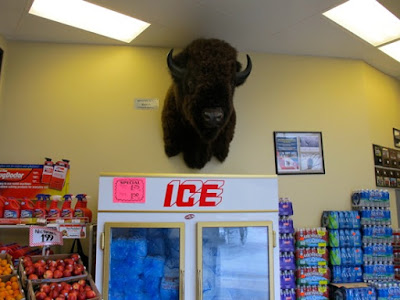 An unusual feature of Hank and Judy Konrad's store is all the taxidermy on high. This Saskatchewan bison located above the ice machine greets shoppers as they enter the Twisp gathering place. 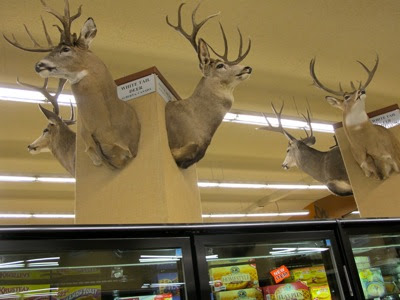 Other Canadian wildlife is scattered throughout the store, like these White Tail Deer from Alberta, above the frozen foods section. The collection of trophy animals hails from around the world. Twisp, with a population of around 1,000, is located about 20 miles south of Winthrop -- which is about 45 km (28 miles) from the Canadian border.
Photos by Sue Frause