Canadian singer and songwriter Justin Hines is hitting his prime 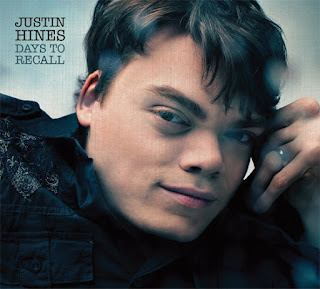 I hadn't heard of Justin Hines until this morning when I saw him featured on CBS Sunday Morning. What an inspiration. In fact I was so inspired, I ordered his Chasing Silver CD.

Justin, now 29, was born in Newmarket, Ontario with Larsen syndrome -- a rare genetic joint condition. He uses a wheelchair, and in addition to being a singer, songwriter and poet he plays guitar, harmonica, bass guitar and keyboards. He's an advocate for numerous causes and charities and often performs at fundraising events. He is the founder of the Justine Hines Foundation, which provides for people with disabilities.

I'd love to hear him in person at some point, but it looks like I'll have to wait -- none of his upcoming shows (dates below) are where I'll be in the new year. In the meantime, I'll enjoy listening to his music. Here's a video from the his latest CD, Justin Hines Days To Recall, titled Say What You Will. It's making big waves around the world. Bravo Justin!