Whistler boasts some of the best snow conditions in North America 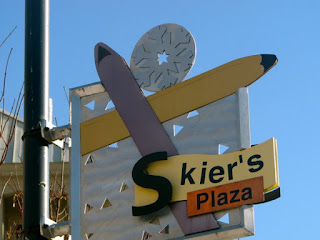 Whistler has got to be thrilled about having the best snow conditions in North America so far this season. While other resorts are suffering from the no snow syndrome, Whistler Blackcomb  received 17 ft. of snowfall in the first two months of the winter season. Since Christmas Eve, more snow fell in Whistler (six feet) than any of the major Californian resorts have received to date. Another 10" of snowfall is expected this week. Last year's snowfall totaled 52 feet, which broke the average annual accumulation of 34 feet -- and La Nina is producing a repeat performance this year.

Whistler Blackcomb's two mountains rise one vertical mile from the valley floor, and there are 200+ trails, three glaciers, 37 lifts, 16 alpine bowls and the PEAK 2 PEAK Gondola. It's 8,171 skiable acres of terrain are more than any other US or Canadian resort, plus it has one of the longest seasons -- running through late April, with summer glacier skiing and riding until late July.

If you're a non-skier or boarder, there are other mountain activities to enjoy. An outdoor skating rink opened this winter in the heart of Whistler Village; you can experience the bobsleigh and skeleton rides at the Whistler Sliding Centre; and there's always my favorite, the Scandinave Spa, which opened two years ago. And of course there's shopping, entertainment and movies.