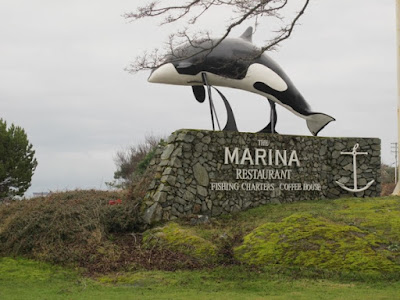 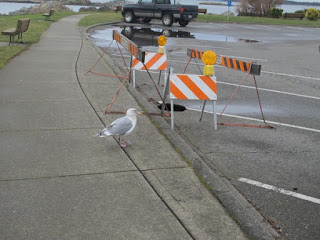 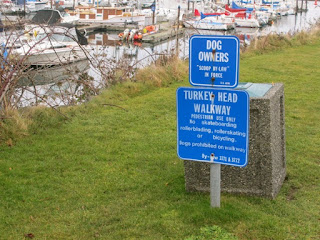 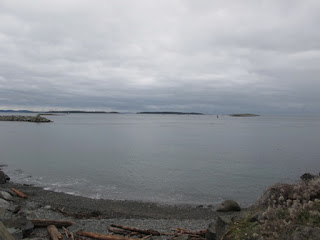 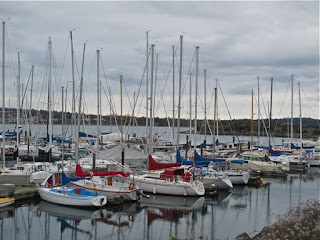 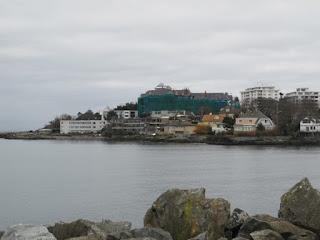 It's been a few years since I've spent any time in Victoria's Oak Bay neighborhood. The last time I was there, an aquarium called Sealand of the Pacific was one of the attractions, complete with a killer whale.  It closed in 1991, following much controversy surrounding the treatment of the whales and the death of an orca trainer --- all that remains is a sculpture of an orca that crowns the welcome sign to Oak Bay Marina. Owned by the Oak Bay Marine Group, it includes a marina and a water-view restaurant that is appropriately named Marina Restaurant.

Also located here is the quirkily named Turkey Head Walkway, a good spot for water views and boat activity (no dogs allowed), and one of many recreational spots in Oak Bay. In the bottom photo is the Oak Bay Beach Hotel, which is under construction and has a planned opening date of May 2012. It will be a resort hotel and spa with private residences, replacing the hotel of the same name that was a landmark in Oak Bay for 80+ years. The new Oak Bay Beach Hotel will include the Dining Room, Kate's Cafe, Snug Pub and the David Foster Foundation Theatre.

Victoria can be touristy but it still charms me.

I never tire of it ... particularly love it in the off-season when it's less touristy (although their numbers have been down the past few years). Love to explore outside the Inner Harbour and all the neighborhoods, etc.