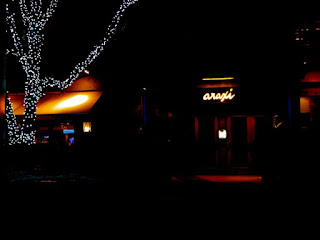 I was surprised when watching Top Chef to see that the next expisode, airing on Bravo USA on Feb. 15 and Food Network Canada on March 5, is set in Whistler. After all, season nine's title is Top Chef: Texas, and featured a record 29 chefs, twice the number of past seasons. After the initial contest, they were narrowed down to 16. I guess they want the chefs to chill out in Whistler after heating things up all over Texas -- but the competition is going to be intense.

It's been a fun food season, with such luminaries as Oscar-wining actress Charlize Theron, comedian Pee-wee Herman and vocalist Patti LaBelle appearing on the show. Returning to the judges' table again were Padma Lakshmi, Tom Colicchio and Gail Simmons (who hails from Toronto). New this season on the judging team are chefs Emeril Lagasse and Hugh Acheson.

In January of this year, Tourism Whistler welcomed the Emmy and James Beard Award-winning culinary competition series to the resort to film one of the final episodes. The "deal was done" through the efforts of Tourism Whistler, Tourism Vancouver, Tourism British Columbia, Fairmont Hotels & Resorts and the Canadian Tourism Commission.

As far as what will be on the Whistler episode, it showcases "unique experiences in the resort as part of the culinary challenges among contestants." Got that? And no doubt the chefs and judges stayed at The Fairmont Chateau Whistler, one of the sponsors. The final two episodes are being filmed in Vancouver, and will air Feb. 22 and 29 on Bravo USA and March 5 and 12 on Food Network Canada.

Whistler is a major dining destination in British Columbia, and Araxi one of its many fine restaurants. Photo by Sue Frause.
By Eat Play Sleep at February 14, 2012