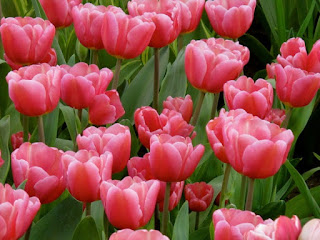 There's been a longtime relationship between Canada and the Netherlands. On Jan. 19, 1943, Dutch Princess Juliana gave birth to her daughter Margriet Francisca in Ottawa's Civic Hospital. She was the first royal baby to be born in North America.

Crown Princess Juliana arrived in Canada with daughters Beatrix and Irene in June 1940, one month after fleeing the Netherlands to escape the German army invasion. Juliana was the heir to the Dutch throne, and lived in exile in Ottawa for four years, where she was a regular on the social scene. When the Canadian government discovered Juliana was with child, they proclaimed the hospital's maternity suite "extraterritorial" so that the royal baby would have full Dutch citizenship.

To thank the City of Ottawa, Princess Juliana presented the capital city with 100,000 tulip bulbs, as recognition for the safe haven that the royal family received plus the role that Canadian troops played in the liberation of the Netherlands. Today, the tulips live on, with the 60th anniversary of the Canadian Tulip Festival scheduled for May 4-21, 2012 in Ottawa.

Her Majesty Queen Beatrix of the Netherlands is the honorary patroness of Floriade 2012 | World Horticultural Expo in Venlo, Holland. The every ten year exposition opens April 5 and runs through October 7, 2012.

Tulips at Keukenhof in Holland - March 2012
Photo by Sue Frause

Are you familiar with the connection between the name Vancouver and Coevorden in the Netherlands? Captain Vancouver's family originated in the Coeverden area. The spelling changed over the years from Coeverden to Coevorden. They were referred to as Van Coeverden's. A marriage brought the name to England and over the years became Vancouver.
During Expo 86 in Vancouver the dutch community built a small version of Coevorden Castle in front of the Pacific Centre Mall on Georgia Street selling dutch pancakes and such. The replica was then bought by a former premier and moved to his business, a garden and amusement park in Richmond.
I had the pleasure of going to Coevorden and seeing the original castle. It's really more like a house than a castle. They were selling cardboard replicas and calling them Vancouver Castle as well as Coevorden Castle, probably because of Expo being in the previous year.
Another conncection is that there is a plaque on a small bridge that crosses a river recognizing that it was Canadian troops that liberated Coevorden from the Nazis. I've often wondered if any of those troops were from Vancouver. History coming full circle.

Never heard about the connection of the name Vancouver and the Netherlands. Fascinating! I went to Expo '86 three times, but don't recall seeing the castle in front of Pacific Centre Mall. So it appears it's still in Richmond; at least it was to stay there according to this article: http://www.richmondreview.com/news/114232089.html
I haven't been to that area of the Netherlands. On my week-long trip that I just returned from, I was in Amsterdam and the southeast (Venlo in province Limburg near the German border). Thanks for all the info!

Your welcome. The " castle " was kitty corner from the art gallery. Now there is a glass dome in that space, right next to the Michael Kors store.

How do I develop into a blogger in the food and drink category?