Discovering Canada in Finland and Lithuania 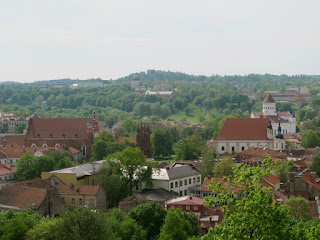 I've been missing in action with my Closet Canuck blog for the simple reason that I was on the road. I just returned from two weeks in Europe that included five days in Helsinki, Finland and a week in the Baltics where my husband and I spent time in Tallinn, Estonia; Riga, Latvia; and Vilnius, Lithuania. I'd never been to any of the four countries, and the business-pleasure trip was both fun and fascinating.

While in Helsinki, there was a big hockey tournament going on, which included a Canadian team. Our hotel was filled to capacity, with many hockey fans among the guests. The IIHF (International Ice Hockey Federation) World Championship is being held in Helsinki and Stockholm during the month of May. Read more about the Canadian team's performance here.

Another Canadian connection that I wasn't aware of is there are two Canadian communities named after Vilnius, Lithuania. Vilnius is the capital of Lithuania and its largest city, with a population of 554,060 (2011). We spent two days in the city of 65 churches, right in the heart of the Old Town near the Vilnius Cathedral. In 2009, Vilnius was selected as one of two European Capitals of Culture, along with Lenz, Austria.

The rural town of Wilno, Ontario was named after the Polish name for Vilnius (Wilno) back in the 1860s. Located in the Madawaska Valley of Ontario near Algonquin Park, Wilno is the first and oldest Polish settlement in Canada. Accommodations include a B&B and a motel, and the Wilno Tavern Restaurant has been a dining destination since 1894. An end of summer event attended by several thousand people for the past 65 years is the Annual Chicken Supper on Labour Day Weekend at St. Mary's Church. The menu includes authentic Kaszebe-Polish fare and original settler cuisine.

In Alberta, the community of Vilna was founded in 1907 and was also named for Vilnius, Lithuania. A historic village located 150km northeast of Edmonton in central Alberta, it's home to 249 people and also claims to be home to the world's largest mushroom -- a metal sculpture that's become a roadside attraction. 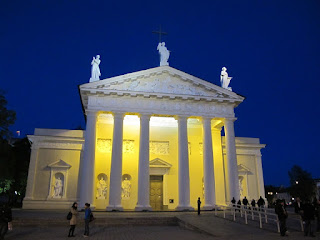