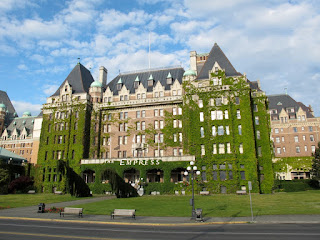 With HRM Queen Elizabeth's Diamond Jubilee this year, and the Jubilee Weekend celebration taking place throughout the UK and across the Commonwealth June 2-5, it's only fitting that The Fairmont Empress in Victoria is adding to the royal mix of festivities. After all, they've received regular visits from the Royal Family each decade, and the storied Empress has a large collection of Royal memories and memoirs. Here are some fascinating Royal Facts about the Royal Family and The Fairmont Empress:
June 2012 has officially been declared Royal Month at the Fairmont Empress, honoring the Queen's 60 years as the reigning British  monarch. Events at the hotel include:

Royal-Tea | This is a new twist on the hotel's world renowned Afternoon Tea. Royal-Tea includes a new tier of Salt Spring Island cheese served with a tawny port and fresh honey from The Empress' honey garden. $89.95 per person, available through August 31, 2012.

Diamond Sparkling Brunch | The new Ivy Ballroom is the setting for a brunch that includes a glass of sparkling wine along with classic British fare, plus other traditional offerings (including a dessert buffet). June 3, 10 AM - 2 PM, $60 per person.

Royal Dog Show & Tea Party | In partnership with the Scruffy Dog Barkery, this canine show on the front lawn should be a doggone good! The event includes a parade and prizes. June 3, 2-4 PM, $10 per dog and a mini version of The Empress Afternoon Tea to Go is available for $25 per person. Bring your own blanket/chair (weather dependent).

Queen's Dinner | Six-course dinner with bubbly from Executive Chef Kamai SIlva. The first 40 guests reserving will be served off the Empress Tea China. $160 per person, June 5, 6-9 PM in The Empress Room.

Fit For A Queen or King | Willow Stream Spa will be offering special promotions and offers in June. 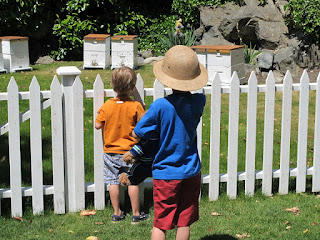 The Royals do know how to put on a great show. Here's a funny quote you might enjoy.

"Your majesty, I thank you from the bottom of my heart, and Madame Houde here thanks you from her bottom, too."