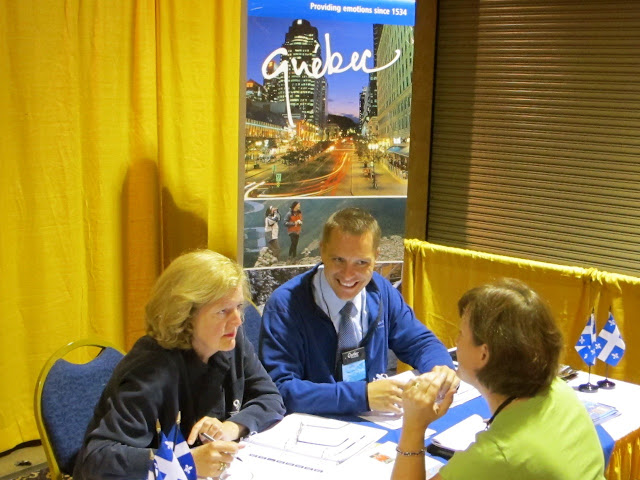 I met with 23 exhibitors, spending about 12 minutes with each one (it's sorta like speed dating). My post-tours included De Smet, the Little Town on the Prairie and home of Laura Ingalls Wilder; Madison, home of the 50th Anniversary Steam Thrashing Jamboree, which included a parade of 140 John Deere farm machines at Prairie Village; and a food and wine tour featuring three South Dakota wineries (beet wine!) plus a stop at the South Dakota State University Dairy Plant (ice cream!) in Brookings. I was also able to spend time in downtown Sioux Falls. 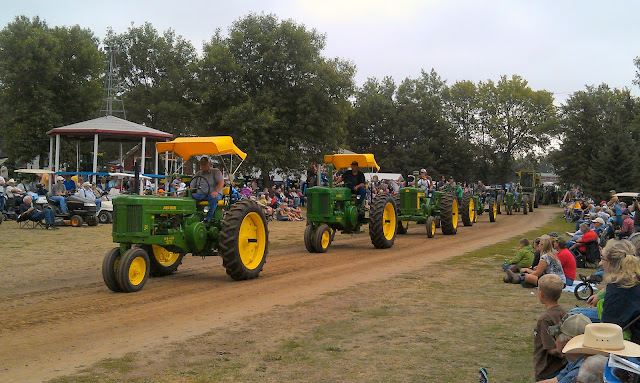 John Deere on parade at the Steam Thrashing Jamboree in Prairie Village. Photo by Sue Frause.

TMS is an easy way to get information and new story ideas on a wide range of tourist destinations, from Quebec to Snohomish County in Washington state. This was my third showcase, having attended previous ones in Kansas City and Palm Springs, California. And obviously the host city is thrilled to be selected. "We are excited to share our community stories with the journalists this week," said Teri Schmidt, Sioux Falls CVB Executive Director, prior to last week's show.

The only Canadian exhibitors in attendance this year were Tourisme Quebec and Quebec City Tourism. Next year's event will be held August 20-23, 2013 in Rockford, Illinois. The announcement was made at the closing dinner of Travel Media Showcase and included a clever video featuring Miles Nielsen, son of Cheap Trick rock star Rick Nielsen. 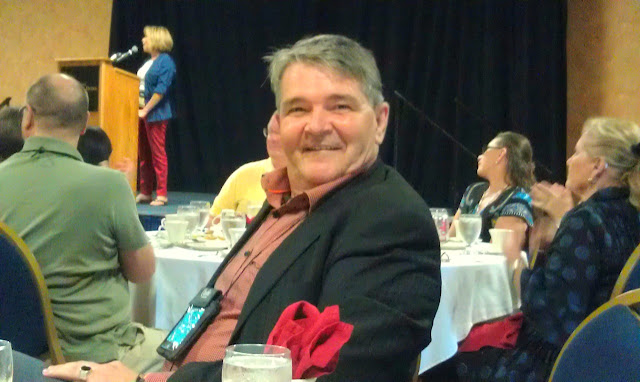