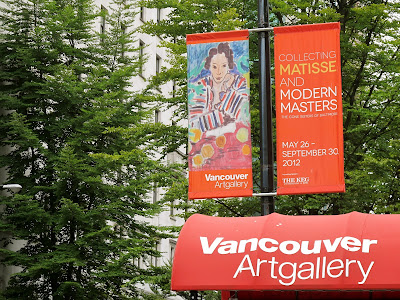 Collecting Matisse and Modern Masters: The Cone Sisters of Baltimore opened on May 26, 2012 at the VAG. The exhibition includes nearly 50 paintings, sculpture and drawings from one of the world's greatest holdings of European Modernism. The story behind the collection is fascinating. Sisters Claribel and Etta Cone, early patrons of the avant-garde art of their time, made frequent trips to Europe beginning in the early 1900s. From those voyages, they acquired a large collection of paintings, drawings, sculpture and decorative art. During their European adventures, the Cone sisters were introduced to Matisse and Picasso through Gertrude Stein and her family. 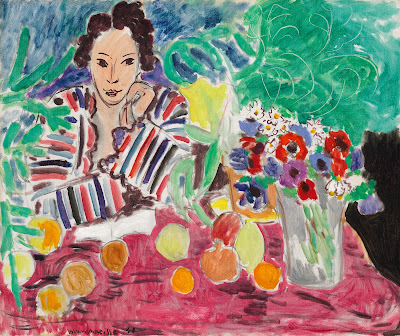 The sisters eventually collected nearly 3,000 works of art, including more than 500 by Matisse alone. Claribel and Etta made arrangements to leave their entire collection to The Baltimore Museum of Art, along with personal photographs and papers documenting the creation of the collection. A selection of the archival material is included in the exhibition at the VAG.

The exhibition, an exclusive presentation in Canada, includes 27 works by Matisse. Other works from the mid-to-late 19th century include artists Pierre-Auguste Renoir, Paul Gauguin and Vincent van Gogh. Noted works in the exhibition include Matisse's Large Reclining Nude and Striped Robe, Fruit and Anemones (above); Picasso's Blue period Woman with Bangs; and Gauguin's Tahitian masterpiece Vahine no te vi (Woman of the Mango).

Make sure you take time to watch excerpts from the 2003 BBC One film The Ladies Who Loved Matisse, narrated by Michael Palin. There's also a touch-screen computer tour of the sister's adjoining apartments in Baltimore, showing how the Cones co-habitated with their art and objects. I purchased the 80-page exhibition catalogue, co-published by The Jewish Museum and Yale University Press, which contains 62 color and 18 black-and-white illustrations and Karen Levitov's story of the Cone sisters, A Collection of Collections.

The Vancouver Art Gallery partnered with The Baltimore Museum of Art and The Jewish Museum, New York to bring the exhibition to Vancouver. Collecting Matisse and Modern Masters: The Cone Sisters of Baltimore runs at the VAG through Sept. 30, 2012. 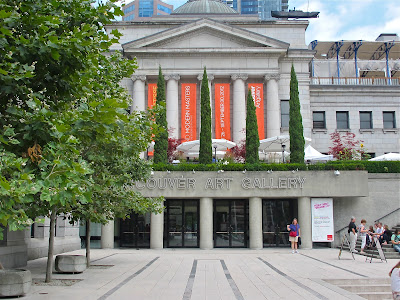 Photos of Vancouver Art Gallery by Sue Frause
Photo of Henri Matisse art courtesy of The Baltimore Museum of Art
By Eat Play Sleep at August 10, 2012