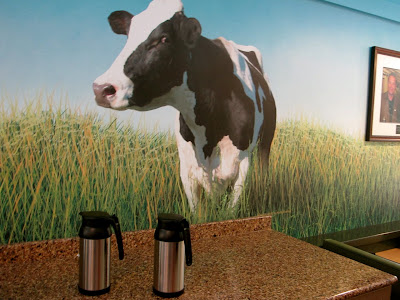 I posted about the big brouhaha over Canadians making major milk runs to the border from British Columbia, specifically to the Bellingham Costco in Washington state. It quickly became a national news story, what with Washingtonians unhappy about the crowded parking and shopping conditions, and even requesting their own hours.

Two Seattle hotels have come to the rescue of the milk-thirsty Canadians. The Roosevelt and The Paramount Hotel, both Coast Hotels that has properties in the US and Canada (Alberta, BC and the Northwest Territories), are saying that Seattle has "got enough milk to go around and we don't mind sharing." For a limited time only (no expiration date was given), both The Roosevelt and The Paramount Hotel are offering Canadian visitors the Milk Run package that they hope will be moo-sic to their ears! Here's the deal:

The Roosevelt
Accommodation in any choice of room
Free parking or a $25 dining credit
Gallon of free milk (provided by a $5 Target gift card)
PROMO CODE: TYCANADA 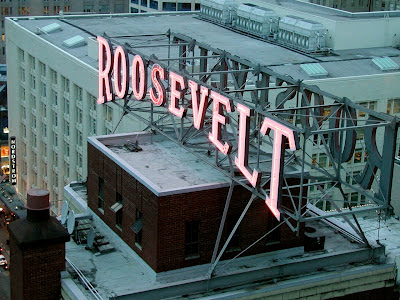 Hmmmm. I'm not sure if they quite thought this out. I find it slightly offensive that someone thinks offering a gallon of milk will entice me to stay at their hotel. If it was intended to be humourous, they missed the mark somehow. My feeling is that the target market for the hotels in Seattle are different than the market that cross border shops for milk.

I think it is sort of a stretch and was sort of surprised that the hotel chain approved, as it's one of those things that's sort of funny (maybe in the office), but I don't think it plays well in the big travel market out there. I've never stayed at either Seattle hotel, and this is the first promotion of its kind I've ever received from them their PR agency. Thanks for your thoughtful comment!

Oh dear. I'll let you know if any Vancouver hotels start offering milk to U.S. customers as an enticement. This could get interesting.

"NEW YORK (CNNMoney)
The New Year could push milk prices to $7 a gallon.
With Congress spending all its time trying to avert the fiscal cliff, a slew of other legislative matters are going unattended. One of them is the agriculture bill which, if not addressed, could lead to a doubling of the price of milk early next year."