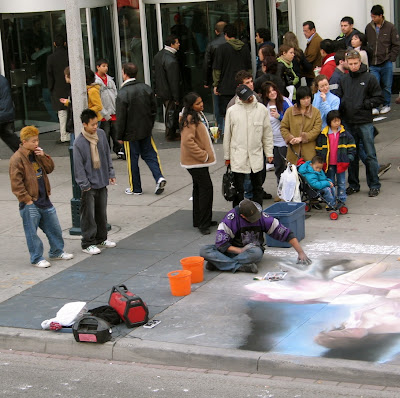 The Victoria International Chalk Art Festival is making its debut in downtown Victoria Sept. 12-16, 2012. The brainchild of John Vickers, who also brought the International Buskers Festival to Victoria in 2011, it's a free festival for the whole family. Both local and international chalk artists will be participating and include:

International 3D chalk artist Tracy Lee Strum will begin creating a 26-ft., 3D chalk art drawing on Wednesday, Sept. 12 in The Bay Centre's lower level, centre court. Stop in each day to see how it evolves. On Saturday and Sunday, Sept. 15-16, chalk art creations will be emerge on Government Street (closed to vehicles). 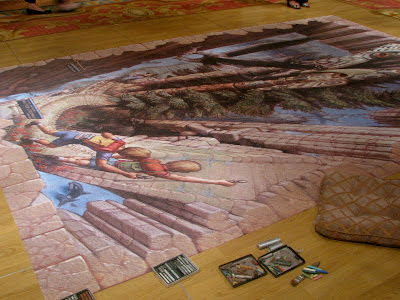 One of the largest chalk festivals is the Sarasota Chalk Festival in Sarasota, Florida. Now in its sixth year, it will be held Oct. 28-Nov. 6, 2012. This year's theme is Circus City, USA.
By Eat Play Sleep at September 04, 2012