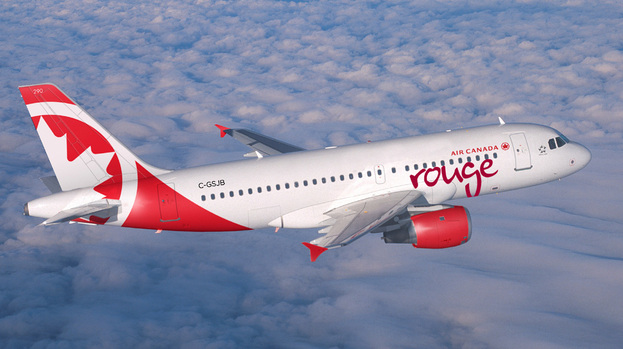 It's a clever and catchy name, with a logo to match. On December 18, Air Canada unveiled its new leisure airline -- Air Canada rouge. It's Canada's flag carrier's first foray into the growing leisure travel sector, and begins operations on July 1, 2013. The name Air Canada rouge was selected through a Facebook contest where customers, employees and travel industry professionals were asked for their input.

To celebrate the launch of Air Canada rouge, special introductory fares are available for purchase through December 25, 2012 for travel between July and October 26, 2013. Here are some sample fares, which all include taxes, fees, charges and surcharges:


Air Canada Vacations is also offering introductory specials for bookings made by December 25 on air-inclusive packages to select Caribbean and European destinations.

The Air Canada rouge fleet will initially be made up of two Boeing 767-300ER aircraft for transatlantic flights in a two-cabin configuration and two Airbus A319 aircraft for North American flights in an all-economy configuration. Eventually, Air Canada rouge may operate up to 20 Boeing and 30 Airbus aircraft, for a total of 50. This will be possible when Air Canada begins to take delivery of its new Boeing 787 Dreamliner aircraft in 2014.
By Eat Play Sleep at December 20, 2012

I welcome competition but it's a tough business to be in. I and I believe a lot of Canadians though really want to see more competition for flights within Canada. It's crazy that it costs more to go from Vancouver to Halifax than it does to go to Europe or Asia.