Bengal Lounge at The Fairmont Empress Celebrates 60 Years in Victoria, BC 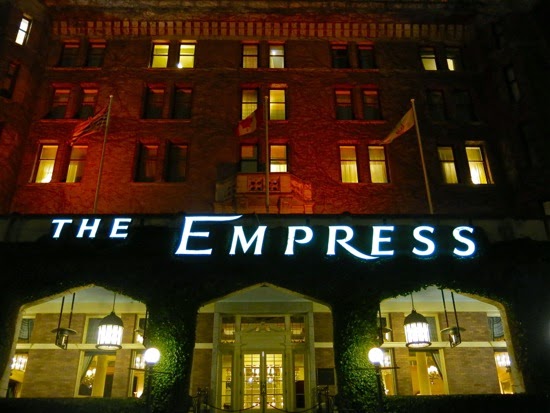 Even if I'm not staying at The Fairmont Empress while in Victoria, I always pop into the hotel's Bengal Lounge to have a cocktail. When I last visited in February, she was just in the midst of celebrating her 60th anniversary, and preparations were underway for a black tie celebration on February 27. On that evening, revelers enjoyed live entertainment, updated twists on hors d'oeuvres and cocktails from menus gone by and special giveaways. The bar also created a signature Bengal Diamond Cocktail for the event, but more about that later.

If you're like me and missed the event, you can enjoy dinner for two at the Bengal Lounge's curry buffet with sparkling wine for $60 (for 2) -- now through the end of March. Reservations may be made for Sunday through Thursday evenings at 250.389.2727 or emp.diningres@fairmont.com. 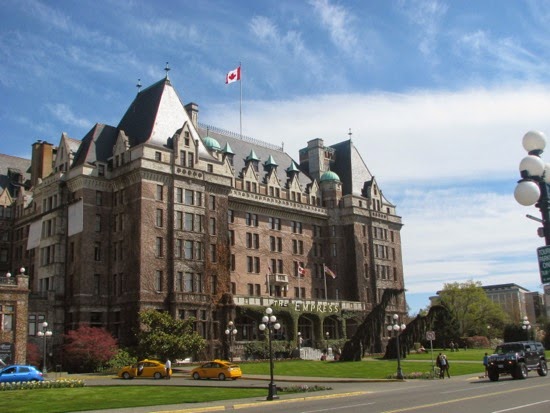 The Bengal Lounge originated as the Reading and Writing Room and occupied the entire first floor of the south wing that was added in 1912. Fast forward to 1954, when The Fairmont Empress became the first establishment in Victoria (and one of only three in BC), to receive a liquor license. To comply with the strict new liquor laws, the room had to be upgraded and redesigned to comply with the regulations that prohibited "necking booths." After the $85,000 renovation, the room was renamed the Coronet Lounge, and featured striking blue carpet, namesake coronets, tudor roses and wreaths and views out to the hotel gardens through 12-ft windows. When the room opened, The Empress Special became the drink of choice -- it was a combination of rye, pineapple juice and grenadine in a sugared cocktail glass.

In 1970, an Indian theme was adopted for the room during a facelift called Operation Teacup. It was an acknowledgement for the hotel being named after Queen Victoria, Empress of Victoria. With waiters garbed in Nehru jackets and caps, a Bengal tiger skin was hung above the large working fireplace and an Indian theme carried out on a menu that featured curries. The room was named the Bengal Lounge. Cocktails at the time included the Bombay Stinger, The Bengal Tiger, The Tropical Itch and The Bengal Bar Special. The hotel's new lounge was an instant hit, and celebrities such as John Wayne were known to visit (he sailed his converted minesweeper, the Wild Goose, into Victoria's Inner Harbour). One local real estate person conducted so much business from the lounge that he had a personal phone line installed, and it became the place to lobby politicians who could be found at their favorite watering hole. No surprise, as the BC Parliament (also designed by the same architect as The Fairmont Empress), is just across the way.

A second phase of renovations in 1989 included the addition of a 32-color silkscreen mural to the entrance way, along with rattan furniture and punka ceiling fans -- reminiscent of the Long Bar at Raffles Hotel in Singapore (now a Fairmont property). In 1998, the center bar was removed to open up the room, and furniture and floors were restored to provide colonial character. A decade later, leather furnishings and leopard accents were added and is the current "regal look" in the Bengal Lounge today. 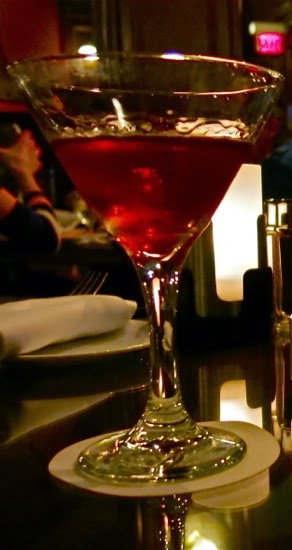 The Bengal Diamond Cocktail was created in honor of the 60th anniversary. Inspired from the Empress Special cocktail in the 1958 lounge menu, the 2014 cocktail uses locally produced Victoria Gin as a base with Dubonnet, Grand Marnier and Angostura Bitters -- with a dusting of gold flakes for a classic cocktail taste and a modern twist. I ordered the one pictured above, and it was delicious!

I believe the reference to " liquor licenses" should actually be " cocktail Lounges ". Beer parlours existed in hotels across the province before 1954.
The cocktail lounges were allowed after a referendum. It slowly made " bottle clubs " almost obsolete.
The history of liquor laws are always a fascinating read in regards to B.C. Silliness prevails to this day!