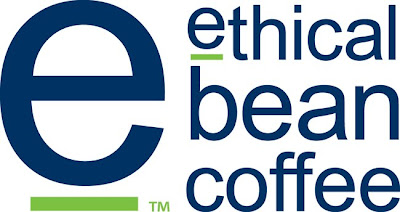 Ethical Bean Coffee, a certified fair trade and organic coffee roaster based in East Vancouver, BC, has earned a place among the holy grail of gift guides. The company’s Exotic medium roast coffee is featured in O, the Oprah Magazine holiday edition.

Co-founder Lloyd Bernhardt is obviously thrilled. “We are honored that we were selected as the only coffee and Canadian company in this influential magazine,” said Bernhardt. “I like to think that Ethical Bean's commitment to quality, fairness, transparency and being very involved in the communities that we buy and sell into had something to do with us being chosen.”

It's been a big year for the Vancouver bean business. Several months ago, Ethical Bean introduced a progressive app for iPhones and smart phones that allows consumers to scan and learn about their coffee while in the grocery store. Most recently, the company launched a mobile ordering app, allowing coffee lovers to order a fresh cup of Ethical Bean coffee from the palm of their hand.

So, will the Oprah Effect have an impact on December sales? The company hopes so, as during that month partial proceeds go toward the Ethical Bean Guatemalan Scholarship Fund. Established in 2004, the fund contributes $10,000 each year to Child Aid, which provides children in Guatemala with funding for school registration fees, uniforms, and school supplies.

The remainder of the funds raised in December will be donated to Project Somos Children’s Village, a Vancouver based charity that provides shelter, support and opportunities for orphaned and abandoned children in Guatemala.

Ethical Bean Coffee is available from its own webstore and at grocery stores across Canada. In the US, it's available at amazon.com.

O's holiday edition is now on stands across Canada and the US. The magazine is also available as an iPad app.
By SUE FRAUSE at November 19, 2010

Speaking of coffee and Vancouver. The first Starbucks outside of the U.S. opened up in Vancouver. It's still there, in the CPR Station that now houses Waterfront Station, Westcoast Express and the Seabus. The connection to Vancouver and Starbucks started before Starbucks started. "Bowker stumbled upon
another great store in Vancouver, Canada and would often make the 3-hour trip there from
Seattle to buy Murchie’s coffee. While traveling back from one of these trips, Bowker had
the idea of opening up a coffee store in Seattle. Baldwin loved the idea as did Bowker’s
neighbor Zev Siegl, and Starbucks was born" I remember reading an article in the Vanocouver sun and one of the founders of Starbucks actually said they would buy Murchies coffee and resell it as Starbucks.

Never heard about that particular Seattle-Vancouver coffee connection. Fascinating. Here's a link from Starbucks website about the Starbucks in Canada:

Funny even their own website isn't quite correct. If you look at your link it clearly states that Starbuck's opened up in Vancouver in 1987. However if you click under the History tab you get this
"1990s
Starbucks expands beyond Seattle, first to the rest of the United States, then the entire world. "
Totally missing the fact that they had already expaned beyond Seattle.
Strange.

Good catch on that. Of course they write their own Wikipedia page, I'm sure. All I know is when I'm in Vancouver, I never go to Starbucks, but Caffe Artigiano (although they recently sold to a large corporation, right?). Still good coffee and comfy cafes.

I agree Starbucks has a lot to compete with in Vancouver, never mind Seattle!! Artigiano was sold but really don't know much about it. I buy the beans still and haven't noticed a change. There are so many great places around. One of my fav's is http://www.sciue.ca/
the Roundhouse Location in Yaletown being a bit more neighbourhoody ( if that's a word )
Also as you probably know there are some great spots on Commercial Drive.
Although I still have to say the best espresso I ever had was in Milan. Still haven't found one as good yet!!!

My cousin recommended this blog and she was totally right keep up the fantastic work!