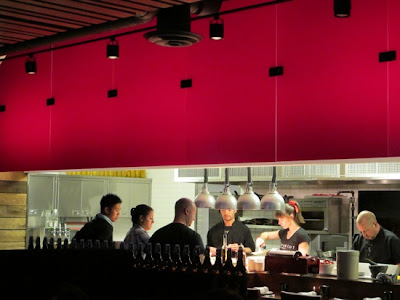 I'm a big fan of Top Chef, which just wrapped up its Top Chef: All-Stars on the Food Network topped off by a reunion show. Now Canadian foodies will be tuning into Top Chef Canada, which premiers Monday, April 11, 2011 on Food Network Canada.

Sixteen chefs from across Canada will by vying for the top toque. The provincial breakdown is Ontario 7, British Columbia 3, Alberta 2, Quebec 2, Manitoba 1, Newfoundland 1.

The show's resident judge is Shereen Arazm, originally from Toronto and now living in LA, where she owns Teroni and Geisha House. Joining Shereen are head judge Mark McEwan and host Thea Andrews.