Farewell to Jack Layton: State funeral a reflection of a special man 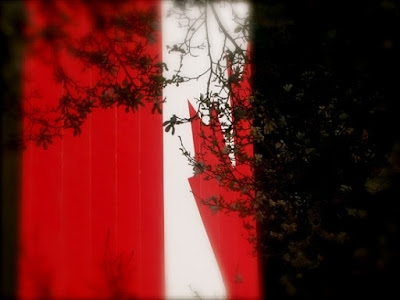 I wasn't able to watch Jack Layton's state funeral live on the CBC Saturday, so I recorded it. On Monday afternoon, 48 hours later, I sat down and watched. And cried. I did the same thing viewing former Prime Minister Pierre Trudeau's funeral in 2002.

NDP Leader Jack Layton lost his battle with cancer on Aug. 22, 2011 after being diagnosed with prostate cancer on Feb. 5, 2010. He was 61 years old, leaving behind his wife Olivia Chow, children Michael and Sarah, and granddaughter Beatrice. Peter Mansbridge of CBC's The National, who last interviewed Layton in April 2011, hosted the broadcast of the 2.5+ hour state funeral. Called A Celebration of Life (click on for the complete program), it was both heartfelt and moving.

A funeral cortege, led by Layton's widow Olivia and other family members, wended its way from Toronto City Hall to the nearby Roy Thomson Hall. Accompanied by a bagpipe band, thousands followed behind, making up the Peoples Parade that was organized on Facebook. Signs in the crowd read Love-Hope-Optimism, extracted from Layton's farewell letter to Canada (above). The color orange, symbolic of the NDP, was everywhere -- some people even carried six-packs of Orange Crush soda. At the state funeral in Thompson Hall, a performing arts center located in the heart of the King St. theatre district, the 2,300 attendees sported orange ribbons.

The funeral began with members of the Toronto Symphony playing Samuel Barber's Adagio for Strings and G.F. Handel's Pifa from Messiah. Canadian saxophone player Richard Underhill's rendition of Van Morrison's Into the Mystic was next, and as the Canadian flag-draped casket was carried onto the stage, the Metropolitan Community Church of Toronto performed Kyrie. Vocalist Jo Klopp sang O Canada! in French and English, followed by an Aboriginal blessing by Shawn Atleo, National Chief of the Assembly of First Nations. He gave Oliva a white eagle feather, describing Jack Layton as a "man of the people from coast to coast to coast." He then added, "I offer up this feather -- dream no little dreams -- thank you, Jack."

Rev. Brent Hawkes welcomed the crowd ("This service is a celebration of Jack's life"), along with Layton's Chief of Staff Anne McGrath ("He brought them hope again"). Following readings from Philippians 2 by Nycole Turmel, Isaiah 57-58 by Myer Siemiatycki and Qu'ran 2:153 by Tasleem Riaz, Martin Deschamps performed Croire with Bernard Quessy. A video tribute featuring Oliva Chow, Together, we'll change the world, was followed by eulogies given by former NDP leader Stephen Lewis ("He made politics seem as natural and good as breathing"); Press Secretary Karl Belanger; and Layton's children Mike ("We are proud to have shared our father with you") and Sarah ("The passionate person I feel proud to call my dad").

Steven Page of the Barenaked Ladies sang a mournful yet joyful version of Leonard Cohen's Hallelujah -- Layton reportedly was listening to the k.d. lang version of the song when he passed away. Following the homily by Rev. Hawkes ("The torch is passed -- the job of making the world a better place is up to us"), the celebration ended with a rousing rendition of The Parachute Club's Rise Up by Lorraine Segato and the choir singing Chet Powers' Get Together, made popular by The Youngbloods.

Canadian flag during the 2010 Winter Olympics in Vancouver, BC
Photo by Sue Frause