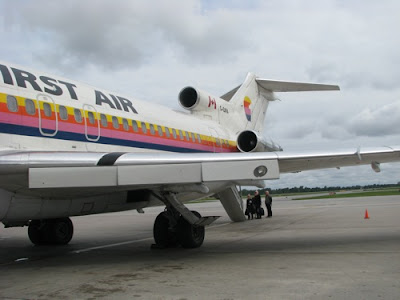 I was saddened to read about the deadly airline crash near Resolute Bay in Nunavut in northern Canada. A dozen aboard the First Air Boeing 737 were killed, including eight passengers and four crew members. Three people were injured during the Aug. 20, 2011 fatal crash that originated in Yellowknife, Northwest Territories.

I flew First Air in July 2009 en route from Montreal to Kuujjuaq, Quebec. I was on a Cruise North Expeditions' adventure in Hudson Bay, traveling between Kuujjuaq and Churchill, Manitoba. First Air, Airline of the North, has been operating for 65 years. It has scheduled service between 30 northern communities and connections to Ottawa, Montreal, Winnipeg and Edmonton. The airline introduced the first Boeing 767 super freighter in the North several years ago.

First Air is owned by the 9,000 Inuit of northern Quebec, through the Makivik Corporation. It was created to invest proceeds of the 1975 James Bay and Northern Quebec Agreement. The non-profit Makivik, headquartered in Kuujjuaq, purchased First Air in 1990. It also owns Air Inuit Ltd., which has served Nunavik (northern Quebec) since 1978. Cruise North Expeditions is also a subsidiary of Makivik. The corporation issued this statement following the deadly crash on Aug. 20:

"Makivik Corporation, on its behalf and on behalf of the Board of Directors of First Air, would like to offer its deepest condolences to the families and friends of the victims of Boeing 737-200 crash en route from Yellowknife to Resolute Bay. Charter flight #6560 en route to Resolute Bay from Yellowknife crashed around 12:50 local time with 11 passengers and 4 crew members onboard. We report 3 survivors." 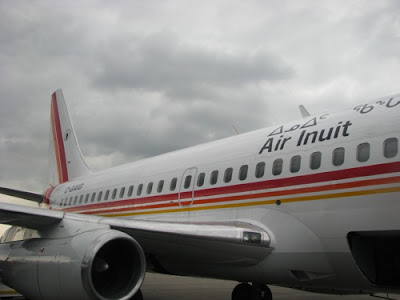 This website is unquestionably instead helpful because I’m in the minute making a web floral site - though I'm only starting up out consequently it is actually pretty tiny, nothing at all such as this internet site. Can website link to some with the posts right here because they are fairly. Many thanks significantly. Zoey Olsen